The life of a seasonaire family

Graduate. Explore the world. Meet someone. Settle down. Get a mortgage. Have kids. Climb the career ladder. Help the kids graduate. Hope there's time left at the end.

For many people, this is normal. Sometimes I wish we were normal but most of the time I'm very happy we are not. After travelling and doing ski seasons as a couple in our 20s, we thought that adventure was finished. Luckily though, it wasn't.

Many people have asked me how we do it, how we travel the world and ski with young kids. So I thought I'd share a few details of how. This is by no means the only way to do it, just ours.

We have travelled to snowy destinations for 5 winters seasons while both our kids still were under 9 years old. Our trips have always been long term stays, where we lived in the same village for a 3-5 months winter season. 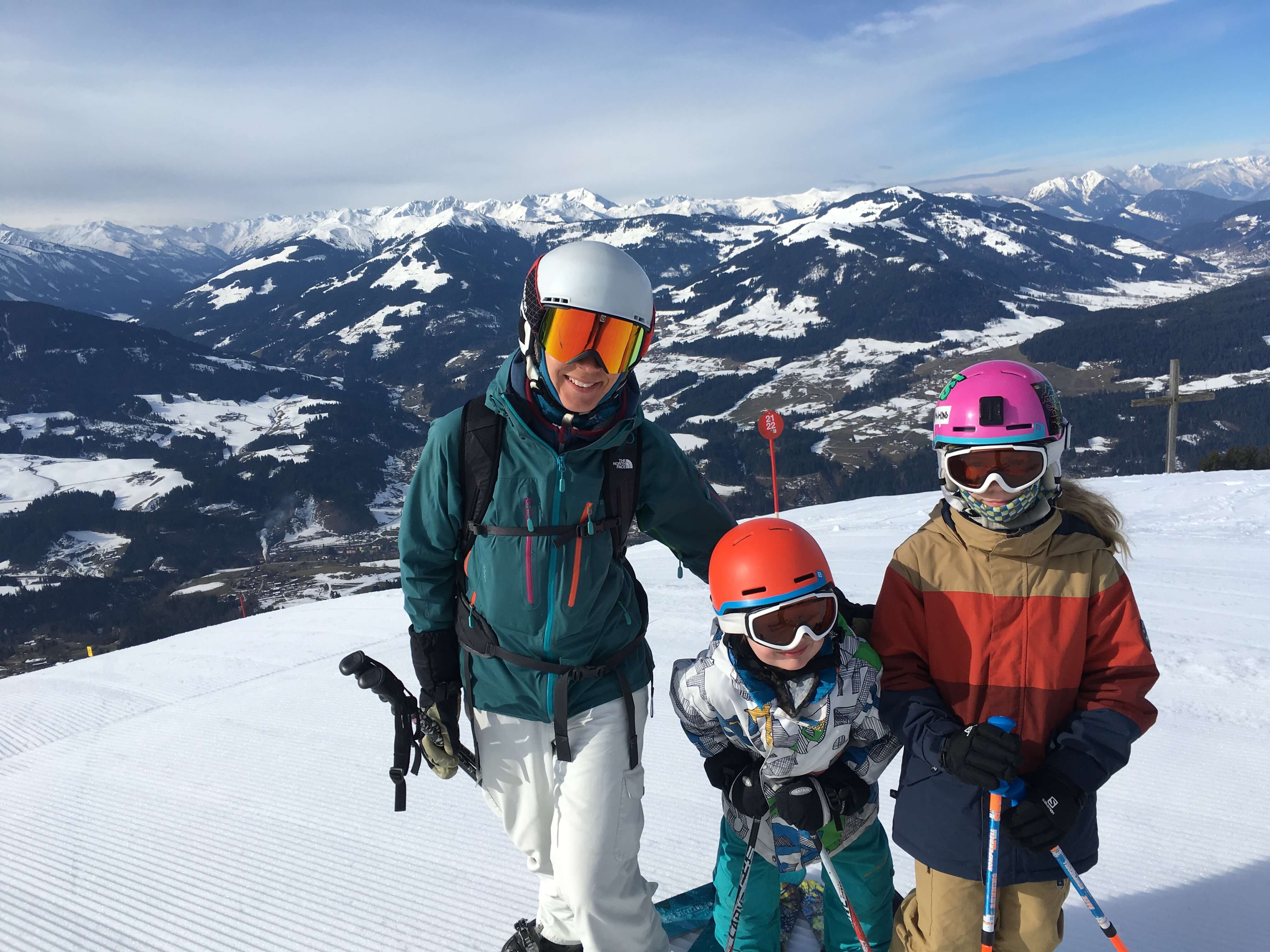 In those 5 winters we prioritised spending time with the kids - skiing, sledding, visiting playgrounds, exploring the local area etc. We where not interested in schooling locally when the kids where so young. Attending a local school would involve a lot more structure, time restrictions and a limit the family free time. 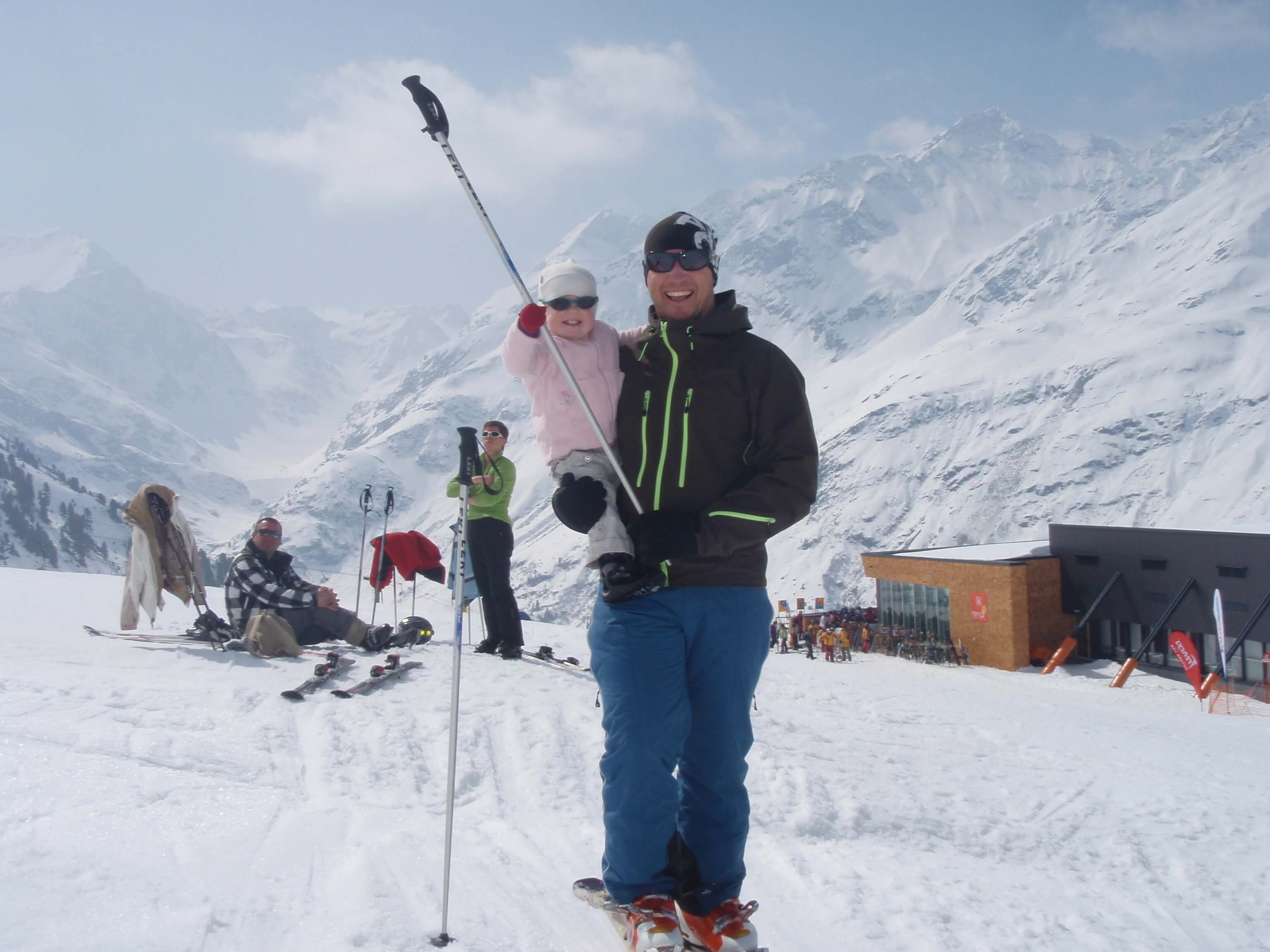 Our kids loved their free time, and both quality and quantity time we spent together. The kids developed a very strong bond and friendship with each other, bonding to a level we don’t think would have happened if they had lived a “normal” childcare and school life.

However as good as family freetime is, our children grew older and their needs changed. About half way through the last few seasons, the large amounts free time also brought a bit of loneliness. The kids started to miss playing and interacting with other kids! And this started to pull on my heart strings. 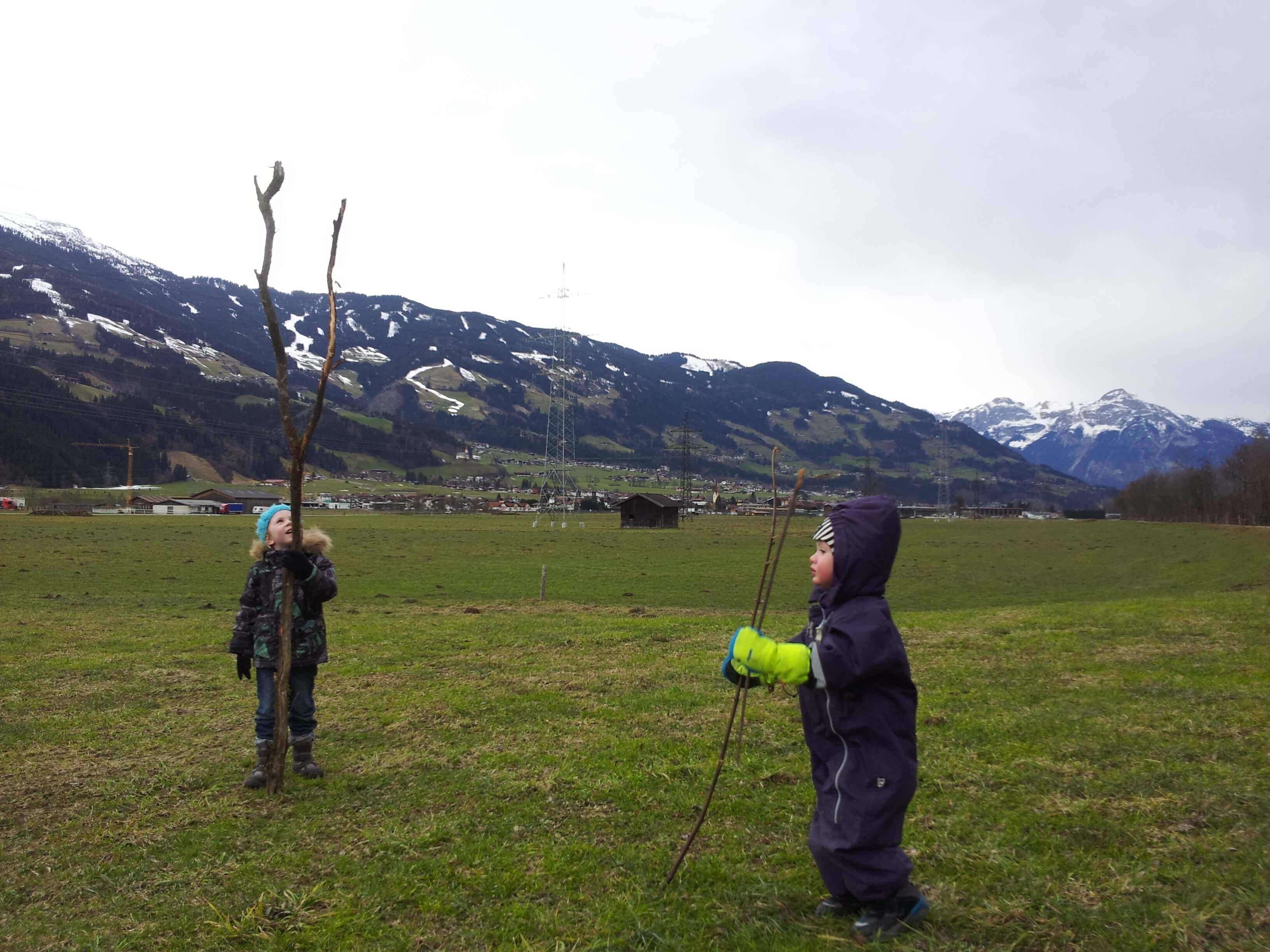 They did play a bit with local neighbours once in a while, but wished they could speak the local language and communicate better. They wished they knew more local kids so they had a better chance of interacting with in them in playground or around the streets in the afternoon. During our daytime visits to the playgrounds, we had it all to ourselves. In the colder winter months we were the only ones at the playgrounds in the afternoons too. In one way it was great to have all of the playground to ourselves, but at the same time it got a little lonely too.

Our youngest as a 4 year old could happily submerge himself in farm play with small tractors in the sandpit. Meanwhile his 7 year old sister wished that there was someone else to play with. However as the saying goes - boredom is the impetus for creativity! ... and after being unsuccessful in convincing her brother to join her in playground games other than farming the sandpit, she found a way of having fun on her own too.

She would start climbing a tree, and not long after it would get her brother's attention, then play would evolves to a 2 person game all over the playground. - it’s wonderful to watch their imagination and ideas kick in action and creativity once they got over the initial hurdles of boredom.

Throughout the many stages of life, needs, wishes and requirements change for all people. 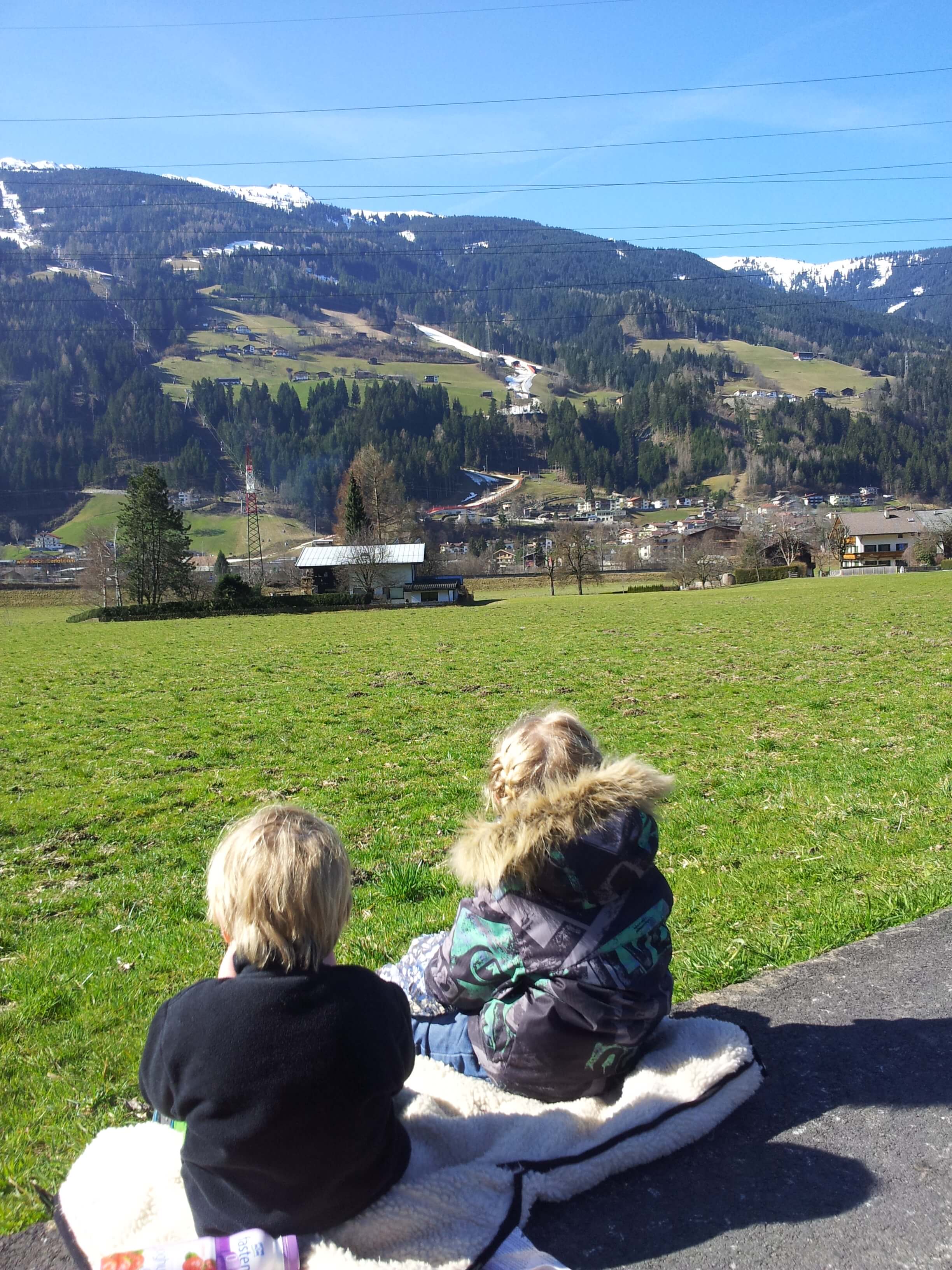 We fully enjoyed our winter season experiences and our family time. But with the kids growing older and their needs changing, we chose to change our life along with it. We adults had always longed to stay in the Alps when spring arrived - just as it was time for us to go back home to city life. We were always wondering what summer would be like in the alps?

So we decided to give it a go, get (very) long term accommodation, enroll the children in the local school, and stay for a few winters and a few summers. And here we are, our first summer in the Alps has just begun.

And WOW - spring beyond April was amazing! We were blow away with the beauty of the flowering pastures. It was the visual reward for the stink we have had to put up with very single March! (The stink I refer to is when the farmers spend all of March spraying their winter collection of cow manure and urine all over the paddocks) - Those beautiful alpine views come with a stinky price! 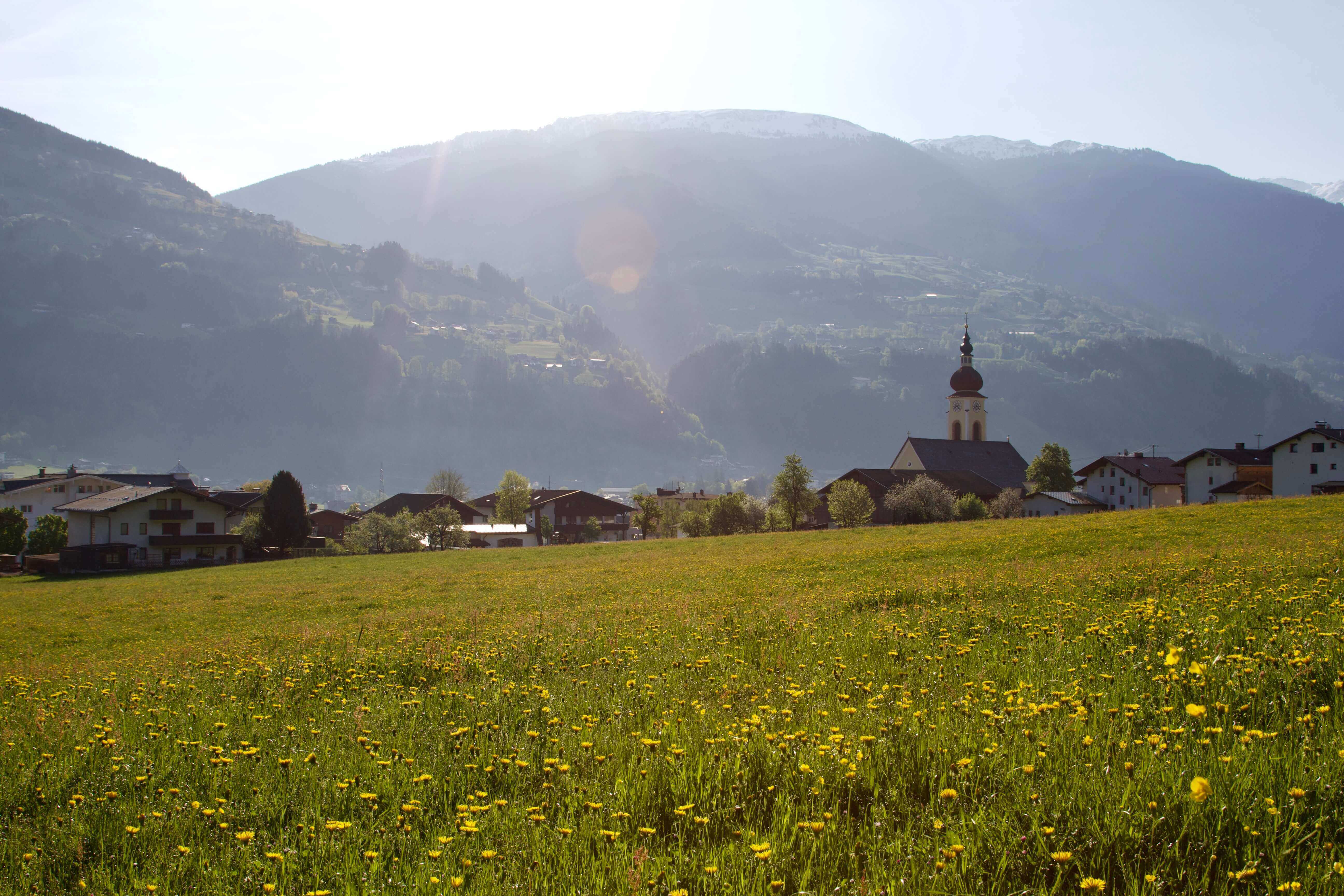 But hey, then the cows come out and get walked down the village streets every morning and to feed on the beautiful dandelion and all the other beautiful alpine herbs! When the days get longer, and the air gets warmer, and we can begin to swim in the alpine lakes. Then I think it is worth it. At least until our family reaches point where there is a need for moving on to the next chapter in life.

Have you ever heard life calling? What did you do? 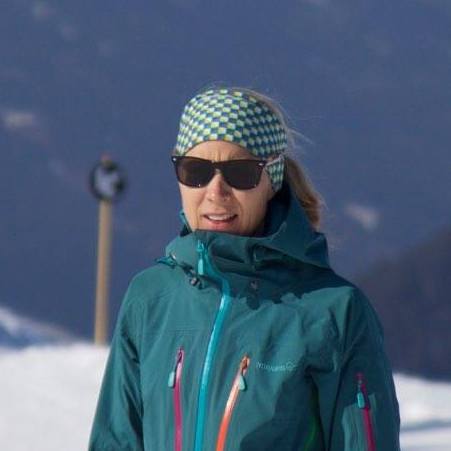 Hej, I'm Tina! I'm a qualified ski instructor and mum of two little skiers — and wife to one big one! Subscribe to my blog where I share hard won tips & tricks for making family holidays to the snow a joy instead of an expensive exercise in frustration.